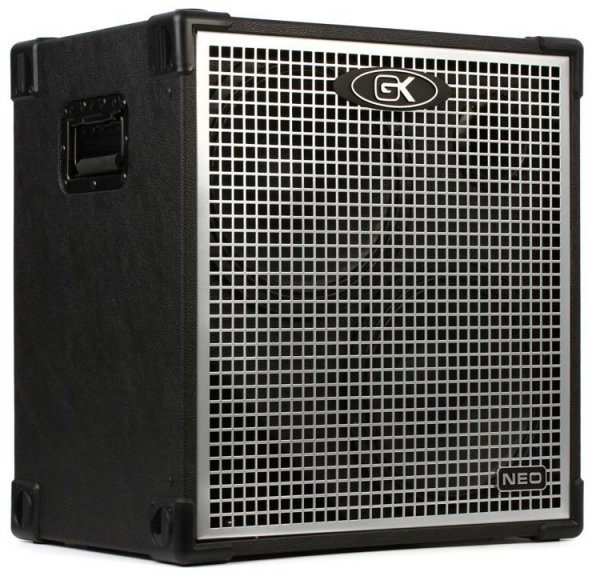 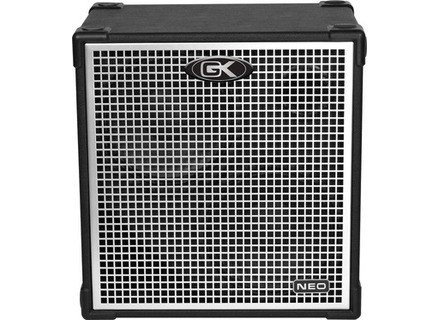 OK, you're a bass player and you want to move some air up onstage. Let's talk about this moving air concept. You know that larger speakers (fifteens, for instance) move more air than smaller ones - that's basic physics. You probably also know that smaller speakers (say, tens) - in quantity - can also move air efficiently. Now, here's where it gets tricky. Larger woofers don't articulate your notes as well as smaller ones. (You can see where this is going, can't you?) The problem is that you aren't playing stadiums, and don't need (or have room for) a coffin-sized bass cab requiring three beefy roadies to lift.

We'll go out on a limb here and suggest that you might be a candidate for twelves. Two 12" woofers, that is, augmented with a high-frequency horn - all loaded inside a compact feather-weight enclosure you stand a good chance of fitting in a car. We're talking about the Gallien-Krueger Neo 212-II bass cabinet.

When it comes to bass cabs, GK knows what they're doing (they've been at it for a while). They've fitted the Neo 212-II with two 12" paragon cast-frame neodymium woofers and a secret weapon: their horn bi-amp system. Running either bi-amped or full-range, this great-sounding enclosure puts out a solid, tight low end and articulated mids and highs. And with a max SPL of 129dB, the Neo 212-II has some serious venue-filling capabilities.

Build quality is GK-tough. Custom interlocking corners and lightweight poplar construction keep the weight low and roadworthiness high. Neo series cabinets incorporate special bracing to eliminate standing waves while providing rock-solid structural support to reduce cabinet resonance - giving your sound definition, projection, and presence. If the Gallien-Krueger Neo 212-II bass cabinet seems like a smart choice to you, then that's what we were thinking, too.