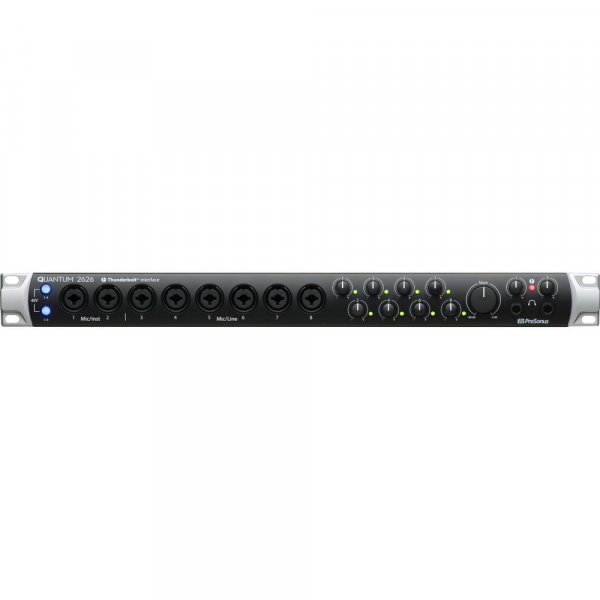 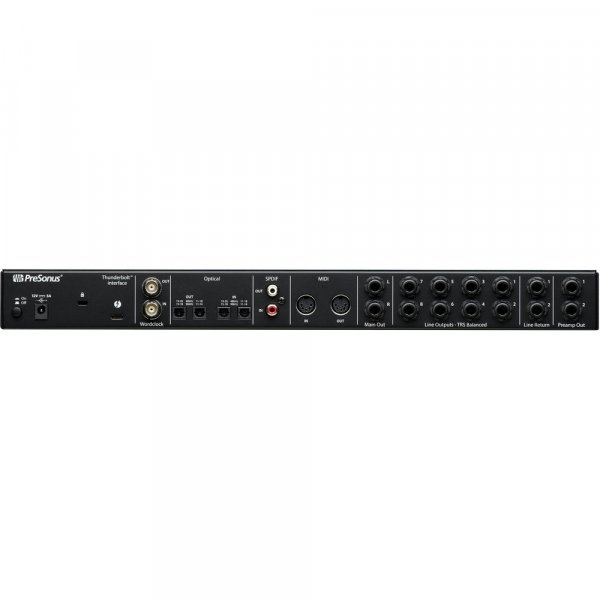 The PreSonus Quantum 2626: 26x26 Thunderbolt 3 Ultralow-Latency Audio Interface is a professional ultra-low-latency audio interface that provides up to 26 inputs and 26 outputs of combined analog and digital connections. The unit’s converters allow for low-latency recording as well as dynamic ranges of 115 dB on both AD (analog to digital) and DA (digital to analog) conversions. Furthermore, the Quantum 2626 captures audio at 24-bit resolution, achieving sample rates up to 192 kHz.

The digital I/O includes two banks of optical ADAT I/O as well as S/PDIF connections, bringing the grand total of ins and outs to 26x26. You'll find that the unit sports BNC wordclock connections, facilitating wordclock sync with other pieces of gear in your studio such as a master clock. The 5-pin DIN MIDI I/O lets you connect your MIDI controller and send MIDI signals. There are eight LEDs for each channel, which indicate signal presence and clipping. The Quantum 2626 is powered by the included 12 VDC power supply and ships with PreSonus Studio One Artists and the Studio Magic Plug-In Suite.